With war clouds hovering around several Nations in the world, will it be ever possible for us to see a One World One community?

One basic need of the humans – Energy – seems to have the potential to bring and connect people of the world to come together cutting across geographical barriers.

India’s Prime Minister Narendra Modi was earlier expected to deliver the inaugural address but could not do so because of some other engagements. His message was read out by the New and Renewable Energy Minister R K Singh.

The PM Modi expressed his visions on humanity and the global use of clean energy supplies across nations. He mentioned the idea of ‘One World, One Sun, One Grid’. The Prime Minister also mentioned that ISA is part of this project which can bring transformational benefits for the entire humanity.

The PM Modi made it clear that his government wants to take solar energy to all villages of India and replace fossil fuels with this clean source in agriculture.

The PM Modi exuded confidence that India will reduce energy tariffs further through technological advancements. A further reduction in the cost will provide a major boost to the use and expansion of renewable 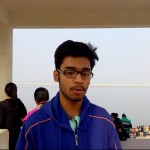