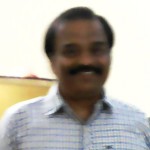 After 68 years, Air India was bought back by the Tata sons with a winning bid of Rs 18,000 crore. Air India was a sinking ship for the government and the only option to save it was through privatization. The airline would be a return to the family after the successful transaction, which is supposed to happen somewhere in the month of December.

This disinvestment and privatization of Air India is a landmark for the government, which has been trying to sell the airline for a long time now. The Tata’s have also made it very clear with this purchase that they believe in the long haul. They wish to turn around the airline that was losing Rs 20 crore each day to a profitable journey. Experts believe that becoming profitable in the immediate years remains a tall order. Nevertheless, with the proper nurture and leadership of Tatas, the airline is set to fly high again.

Taking about the divestment, Air India has been a consistent loss-making entity despite pumping in additional capital and undertaking other measures. The airline is viewed as a government airline due to which Indians prefer other airlines over Air India. This led to the stagnation of the market share from 14% in 2017 to 12% in 2021.

Characteristics of the combined debt of the airline

Once the exchange of ownership takes place, the Tata’s will have to bear all the subsequent expenses post the Air India Sale. The government shall also be relieved of the burden of keeping the airline afloat with the taxpayer’s money, which was to the tune of Rs 20 every day.

The bleak financial condition of the airline is no secret, but as far as the number goes, the airline has a total consolidated debt with the government of more than Rs 61,500 crores.

In the settlement process of Air India Buyback, Tata Sons will pay an upfront cash amount of Rs 2,700 crore and take the remaining debt of Rs 15,300 crore. The government will suffer a bigger hit of Rs 46,262 crore.

Now that the present picture is clear, let’s look at the earlier events that drove the airline far from the path of being profitable.

Prior Events in the history of Air India

The airline began operations in the year 1932 when Mr J.R.D Tata flew its first commercial flight from Karachi to Madras.

And within the first few years, the company was profitable. This didn’t last long after Air India got merged with Indian Airlines in 2007. After this, the losses of the company grew multi-fold from Rs 7.7 billion in 2006-07 to Rs 72 billion in 2009. The debt slowly snowballed further to Rs 426 billion in March 2011. The airline in addition had to sell multiple jets to finance the debt. It recorded a loss of Rs 7,852.83 crore in 2019-20.

The internal factors which hollowed the company from within

In 2009-10, an interim audit report from the government shed light on the fact that the company had under-reported the total loss by a whopping Rs 3,000 crore. Instead of the actual figure of Rs 8,589.1 crore, the reported loss was mere Rs 5,551 crore. Apparently, it turned out that the company had included the amount in the deferred tax assets which led to the exclusion of the amount as a rebate from taxes. Although it was a legitimate method of not reporting the losses, it could also be perceived as a cover-up of something much critical than Rs 3,000 crore.

Among the many other causes behind the humungous loss of the company, was the corruption of multiple prominent executives.

The managing director of the company, Mr Micheal Mascarenhas was charged with corruption by the Ministry of Civil Aviation. A total of Rs 570 million was lost in extra commissions which Mascarenhas had sanctioned. Similar corrupt practices were seen in the future.

The final nail to the coffin was when the airline also bought 111 new aircraft which also turned out to be slow poison for the company. This decision was enforced by then aviation minister Praful Patel.

Later, the Comptroller and Auditor General (CAG) of India found that the order was absurd, and the company didn’t require that many planes.

In May 2017, the CBI filed an FIR against Praful Patel and other unnamed officials for the unnecessary orders, which led to immense losses for the company. Apparently, Patel was involved in the aircraft acquisition scam, under which an order to buy 68 planes worth more than Rs 50,000 crore was placed. This decision was considered without any road map as to how the company would utilize the fleet and find out the resources to keep them alive.

Patel was believed to be friends with Vijay Mallya and was alleged to have manipulated the timeline of the delivery of the aircraft.

A family member of Praful Patel, i.e. his daughter misused the company’s resources for her own benefits. Once she had cancelled a Delhi-Coimbatore Air India flight to privately go to an IPL (Indian Premier League) match to Chennai from Chandigarh. Such was the abuse to the airline.

These actions resulted in the downfall of the airline. As one which was among the top market participant in the industry became just a blip on the radar. The market share of the airline kept going down as years passed.

These actions resulted in the terrible condition of the cash-strapped company, which had to ground 20 of its aircraft in 2011. This was because oil companies like Indian Oil Corp, Bharat Petroleum, Hindustan Petroleum, etc refused to provide jet fuel to the company as it was unable to repay its dues.

The company had a total pending fuel bill of Rs 2,400 crore to multiple fuel companies.

As the Tata Sons have won 100% ownership of the Maharaja (Air India), it will retain all the existing employees of the airline for 1 year. Air India would provide all the necessary benefits like a Voluntary retirement Scheme, Gratuity, PF benefits, etc.

As per reports, Tatas are also planning to merge its budget carrier, Air Asia with Air India and constitute a distinct entity. This will enable the conglomerate to allocate its resources and help it to scale its business and gain market share. This could be a paradigm shift in the company, and the outcome is anticipated to be positive.

The primary aim of Tata sons is to capture a majority of the airline sector in the domestic and international routes. The acquisition of Air India is in line with its objectives. All totalled, the Tatas have 118 fully functioning aircraft which include Airbus A320, Boeing 777, B787 Dreamliners, and B737 of Air India and Air India Express.

Although a total of Rs 3,000 crores, out of which Rs 1,800 crore will have to be spent in order to get the 118 renovated. And another Rs 1,200 would be required to get the 23 grounded planes to working condition.

When compared to India’s largest airline, IndiGo which maintains a fleet of 274 aircraft.

After the Tatas take over the carrier, the air routes will remain the same and so will the ticket prices. After the privatization, we can expect some kind of positive changes such as a better onboard experience. This can include cleaner carpets, better entertainment equipment, etc. Air India is one of the most cared children of the Tata Group, and the company would go the distance to restore the brand image and legacy.

The Reaction of its Peers

In a sense of jitteriness, he also added that the Tatas would be economically responsible for the airline and not the taxpayers, which is a good thing.

Currently, IndoGo commands the majority of the market share at more than 54% in Q1 2021.

The Tatas are no joke as they possess the expertise and know-how to run an airline company. They have three of the famous airlines (Air Asia, Air India Express, and Vistara) running on full steam. With the addition of Air Asia to its portfolio, the Tatas will command over 24.5 % of the skies and will be the second-largest competitor to IndiGo.

The other airline, Jet Airways which is grounded since 2019, will face the heat, once Air India picks pace.

Jet Airways is another debt-laden airline that hopes to fly again by the first quarter of 2022. But the question prevails, will it survive the fierce competition? The current owners who took over the airline have no prior experience in running an airline company. Hence, it will be fun to watch Jet go against the industry leader IndiGo and the rising star Air Aisa.

The Indian aviation industry is one of the fastest-growing industries in the world and is worth $30 billion. But the critical challenge is to stay put in business. A plethora of airlines has failed in a decade. Some of the names include Air Sahara, Paramount, Kingfisher, Air Deccan, Air Carnival, Jet Airways, etc. More than 60 airlines have shut shop over the last 70 years.

The primary reason behind the constant failures is the high fuel prices contradicting the cheap ticket prices. Almost 40-50% of the revenues of an airline company vanish in refuelling the aircraft. Due to this reason, many airlines experience losses and struggle to break even.

It might be tough for pure airline carriers but mammoth conglomerates like the Tata group enjoy an added advantage over their peers. Although what’s already done cannot be changed, but the Tatas can manage to operate the airline efficiently by the synergy of its existing airlines. This can get Air India up on its feet. With the onset of the Covid-19 pandemic, airlines have been crippled by extended lockdowns and poor demand. It’s not only a war among the most efficient but a war among the last one standing.

Only time will tell whether Air India will revive and prosper or crash down again. The Tatas are well known for their business moat thinking, like the acquisition of the JLR (Jaguar Land Rover) business.

Though it may seem strange with all the theories and facts, the future of Air Asia is speculation. There is no doubt that the aviation industry is a challenging industry with twists and turns.

To end with a cheery note, billionaire, Richard Branson says, “If you want to be a millionaire, start with a billion dollars and launch a new airline.”

A Business and Markets content writer/creator who is also an avid learner.  B.Com graduate in Business Entrepreneurship and is passionate in the field of Finance and Business. A full-time freelancer who has contributed to multiple fintech startups and websites. In a few words, “Fueled by Curiosity and Driven by Passion.”

Have a memorable trip at Trip.com

or college. Such a person may be presently seen leading an extra-luxurious life or just barely surviving. The scale limits of lifestyle, notwithstanding, the fact which stands out clearly is – ‘College education is indeed dispensable.’ Given the state of the current education system, given the notorious corrupt practices therein, given the alternatives available, and given the amount of public money being so wasted, this fact is gaining more relevance in contemporary society.

From the Stone Age to the Jet Age: Work from Home